What are Active Electronic Components?

What are Passive Electronic Components? 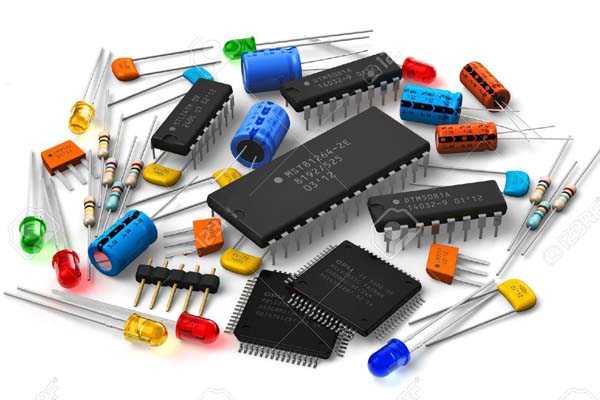 A Resistor is an electrical device that resists the flow of electrical current. It is a passive deviceused to control, or impede the flow of, electric current in an electric circuit by providing resistance, thereby developing a drop in voltage across the device.

A capacitor is a passive electrical component that can store energy in the electric field between a pair of conductors called “plates”. The process of storing energy in the capacitor is known as “charging”. The ability of a capacitor to store charge is measured by its capacitance. Capacitors are used in electronic circuits as energy storage devices. They are also be used to differentiate between high-frequency and low-frequency signals. A wide variety of capacitors are available, including  electrolytic capacitors, basic parallel-plate capacitors, and mechanical variable capacitors.

A diode is a one-way valve for electricity. Diodes allow flow of electricity in one direction. Most diodes have a painted line on one end showing the direction or flow. The negative side is normally white.

Integrated Circuits are package of several complex circuits. ICs are available in a wide variety of packages and sizes. Their applications are as varied as their packages.

A transistor is a semiconductor device. It is the fundamental building block of the circuitry in mobile phones, computers, and several other electronic devices. A transistor has very fast response and is used in a number of functions including voltage regulation, amplification, switching, signal modulation, and oscillators. Transistors may be packaged individually or they can be a part of an integrated circuit. Some of the ICs have billion of transistors in a very small area.

Electronic components, both active and passive, are lifeline of any printed circuit assembly. They both play vital roles in the functioning of any electronic device. Electronic Components are intended to be connected together, usually by soldering to a printed circuit board (PCB), to create an electronic circuit with a particular function.