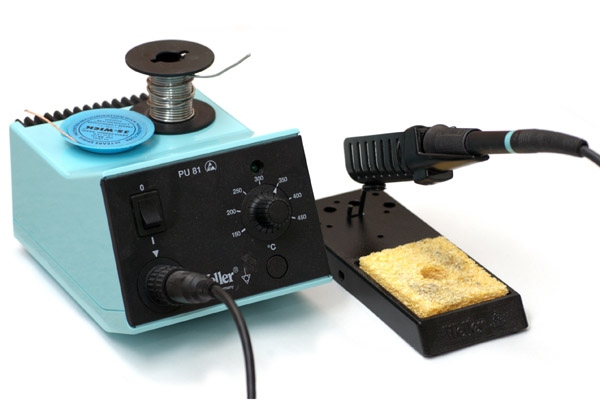 Again, a soldering station can be either ESD-safe of Non-ESD safe. ESD stands for Electrostatic Discharge (the rapid transfer of charge that can occur when objects at different potential come close to each other). An ESD-safe soldering station means that no static charge will be built on the station or the iron. Special material is used to make these units. These tools are also well grounded to discharge any unwanted electricity into the ground. An ESD-safe soldering station is a must for most latest electronic gadgets and mobile phonesbecause most of these gadgets have electronic components that are very sensitive to static charge and can easily get damaged. ICs and semiconductors are very sensitive to static charge.