Commerce Secretary Penny Pritzker today gave a major policy address highlighting the strength and strategic importance of the U.S. semiconductor industry and outlining steps needed to ensure the industry remains strong and globally competitive. Following her remarks, SIA President & CEO John Neuffer and others continued the conversation with a panel discussion on the critical importance of the semiconductor sector to U.S. competitiveness and innovation.

During her remarks, Secretary Pritzker underscored the importance of new Semiconductor Working Group, announced Monday by the President’s Council of Advisors on Science & Technology (PCAST). The Working Group will provide recommendations to PCAST to consider in a report to the President it will develop regarding current challenges facing the semiconductor industry, including the rising cost and complexity of innovation and challenges from abroad.

In particular, Pritzker highlighted the major, government-supported effort by China to develop expand its domestic semiconductor industry and the need to ensure Beijing’s actions adhere to market principles and global norms. 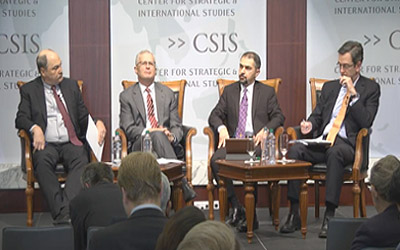 “China’s effort to move up the value chain should be the result of healthy competition and free and fair trade, not state-directed investments aimed at distorting global markets,” Pritzker said. “In addition, no government should require technology transfer, joint-venture, or localization as a quid-pro-quo for market access.”

“The semiconductor industry has faced challenges before and emerged stronger and more innovative,” Pritzker said. “In today’s world – when virtually every sector of our economy relies on technology to conduct business – the stakes are too high for us to cede our leadership.”

Following Secretary Pritzker’s remarks, John Neuffer and other panelists discussed how semiconductors have given rise to countless new technologies, businesses, and entire industries that underpin our modern economy, as well as challenges the semiconductor industry must overcome as it seeks to remain at the tip of the spear of innovation and competitiveness. Neuffer also stressed that the global semiconductor value chain drives growth and innovation and strengthens participating countries by increasing employment and export opportunities.

“It is absolutely critical that this industry stay competitive and strong,” Neuffer said. “We’re very happy about the launch of the PCAST working group and its ability to come up with recommendations to the Administration.”