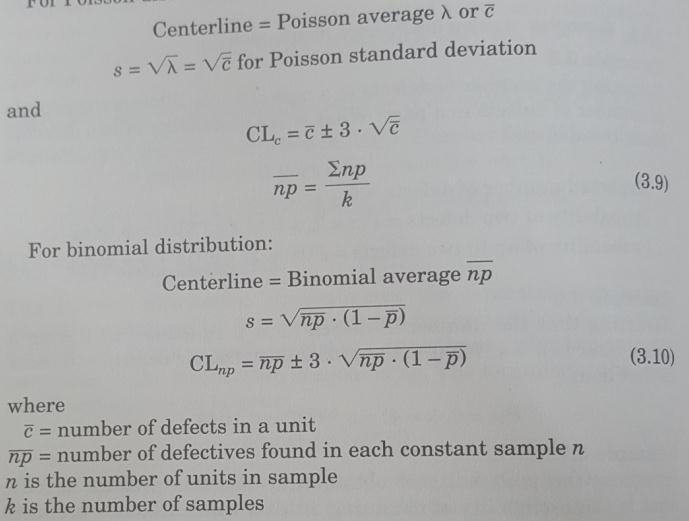 For changing sample sizes (U or P charts)

Centerline = Poisson average number of defects in a sample u

C and U Charts are considered as a special form of control charts in which the possibility of defects is much larger, and the probability of getting a defect at any specific point, place, or time is much smaller.

The relationship of attribute charts to the six sigma concept is through the defects implied in the charts. The centerline represents the defect rate. These defect rates can be translated into an implied Cpk, as shown in the previous chapter.

Several assumptions have to be made in the case of the attribute chart connections to six sigma:

1. There is one or a complex set of specifications that are not readily discernible that govern the manufacturing process for the parts.

3. The manufacturing process is assumed to be normally distributed.

The control limits of the attribute charts are not related to the population distribution. Therefore, the method of finding the population standard deviation a is quite different from that used in variable control charts, as shown in the examples below.