DPMO charts are attribute charts used to monitor the quality of PCB assembly lines. They are best used instead of attribute defect charts such as U or C charts. Each type of PCB can be charted every time it is run through the assembly line. A multiplication factor (MF) is provided in the calculations to make the conversion to million opportunities. DPMO charts can be used with defects codes for quality tracking and continuous improvements.

The control limits appear too narrow for the fluctuation of the pattern, and the fluctuations are erratic. This called a pattern of instability. Either more data is required for each DPMO point or the pattern must be simplified before the data can be analyzed. Simplification might involve some of the following steps:

• Complex patterns might mean that the variable used as the basis for plotting the point on the chart in sequence is not the most significant variable. For example, the defects might vary according to the shift or the operator manning the assembly line. The chart can be replotted with the x axis data arranged according to these possibilities. It can be seen that operator MB is close to control limits, whereas the other two operators, FA and JS, are always not in control.

•If the pattern does not become simpler, then some other variable might be selected such as length of service for the operators. If the pattern becomes simpler but more simplification, is desired, then the x axis can still be further divided according to other significant variables.

*The procedure outlined above should be repeated until the pattern is a simple shift in level or a simple trend.

DPMO as well as C and U charts can be good tools for monitoring the assembly process, but care must be taken to achieve good charting and interpretation of data. 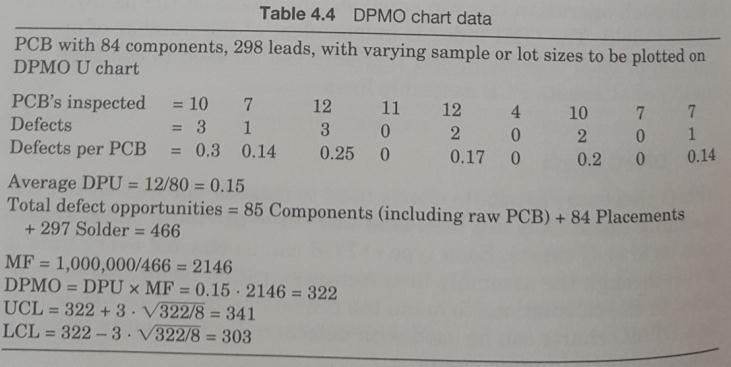 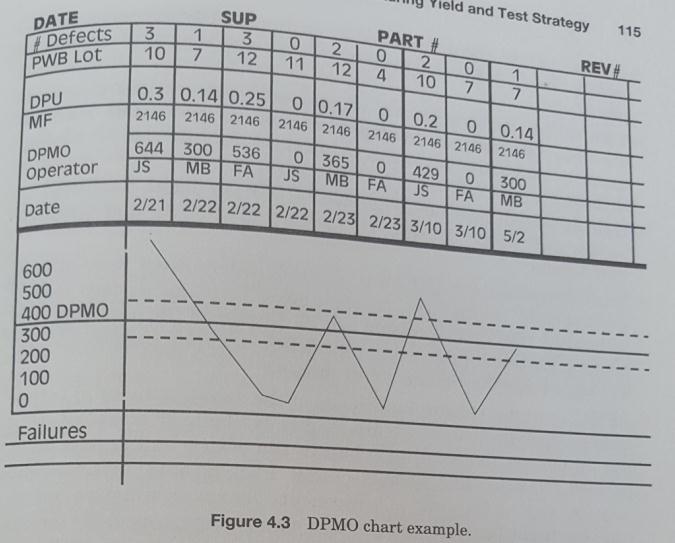