Statistical Analysis of DoEs

Statistical Analysis of DoEs

Statistical analysis of DoEs is based on the analysis of variance (ANOVA), which is a method of determining the significance of each factor in terms of its effects on the output quality characteristic(s). The ANOVA analysis apportions the total effect of the output characteristic average and variability to each factor in the orthogonal array. The significance test is based on the F distribution, which is a ratio of the degrees of freedom for the factor divided by the degrees of freedom for the error. The least significant factors are lumped together as the error of the experiment, since they are not important in affecting the output characteristic.

The terms for determining the ANOVA table for n total values in the DoE experiment are given as follows: 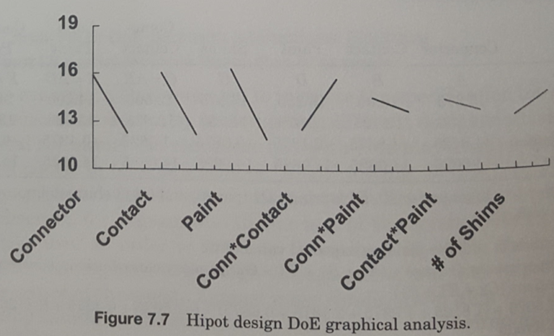 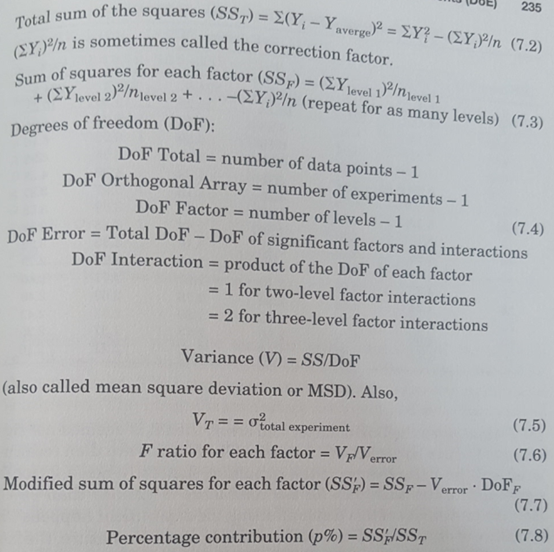 1.      Replicate the whole experiment, generating error due to repetition.

3.      Replicate the center point of the design space of the experiment. 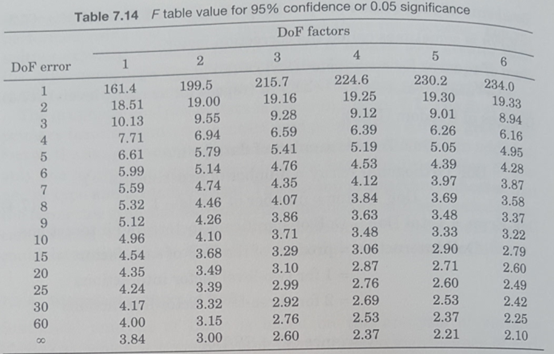 For a given confidence level, the F test determines whether the effect of a factor is due to chance or due to the factor itself (the factor is deemed significant). If a factor’s F ratio value is less than the value in the F table given the DoF of factor and error, then it is deemed not significant and can be pooled into the error. The F ratios are then recalculated and the F test redone on the remaining factors. When a factor is significant to less than 0.05 (or the confidence is greater than 95%), then the probability of this factor affecting the experiment happens 5% by chance or once every 20 times. Since this is remote in nature, the factor must be significant, and hence it affects the experiment outcome.

The last two terms (7.7 and 7.8) in the ANOVA table were developed by Taguchi to simplify the pooling process. Instead of using the significance based on the F table as the source of pooling, Taguchi suggested pooling a factor if its percent contribution is less than 5%.