Changes to the Product Realization Process

Changes to the Product Realization Process

The product realization process has undergone several changes with the advent of concurrent engineering. The change from a serial process of product development to a more parallel process has resulted in the need for new paradigms. Clearly, the impact of these new products is very critical, as indicated by vintage charts at different companies. In many high-technology companies, 70% of the total revenues of the company come from products introduced during the last few years. In the communications industry, it is widely recognized that the first company to market a new product captures 70% of market share. This is the result of shorter life cycles for products, shown in Figure 9.2. It can also be seen in the figure that the R&D vestment as a percentage of total sales also increases with the decrease in life cycles.

Traditional product development required top-down control 〇f the various activities of product creation. Very formal organizational structures were developed and managed with a phase review process. Plans and milestones had to be completed at the end of each phase of product development, and were subject to several levels of management reviews. After each review, the project was allowed to proceed and be funded until the next review.

The pressure toward shorter project time frames, global teams, quality and design and manufacturing outsourcing have resulted in significant changes in the relationship between the company personnel and their suppliers, with more frequent communications occurring earlier in the product development cycle. These suppliers and their own subsuppliers are called the supply chain. The changes can be summed as follows:

1.       Less frequent formal milestones in the development process, but many more smaller informal meetings, most of which are one-on-one engineering interactions discussing the merits of design functionality, engineering analysis design validation, quality goals, and manufacturability feedback. There is a need to quickly have these meetings available to all interested engineers without having to hop on the next plane and meet in Person. The Internet provides a good environment for communications between members of a virtual design team. As one design manager explained, “OK，I have a problem . - . let’s put an agenda together, and let’s get together (on the Internet),5"

2. The trend toward faster time to market has necessitated earlier than usual release of hard tooling. Although investing in rapid prototyping and soft tooling methodologies can minimize risks, production tooling is being launched much earlier than before. One manager of a plastics supplier reports, “Steel is being cut for the tooling before design reviews are completed. “

3.      The selection of the potential supplier(s) has to occur very early in the design stage, without the benefits of being able to select suppliers from a bidding process on a complete set of product documentation. Therefore, the selection process will depend on intangible issues such as the history and financial position of the suppliers, their communication methodologies with their customers, and their demonstrated quality levels and cost models.

4.      Though supplier exchange networks have sprung up in many industries, their focus will be on commodity items, not on outsourced designs. The product companies (OEMs) are using various methods to obtain manufacturability feedback prior to awarding contracts, such as inviting a selected list of potential suppliers to provide ESI information before contracts are awarded. These additional ESI costs will have to be negotiated between the suppliers and the OEMs or become part of the operating overhead structure of the suppliers.

5,      The trend toward lower manufacturing costs, greater quality in six sigma，and design for manufacture (DFM) is changing new designs into fewer but more complex major parts. In addition, the pressure toward faster product development is also increasing the amount of information available on engineering drawings. Engineers prefer a smaller number of drawings with the maximum amount of information attached to them, such as showing as many parts as possible in one drawing, as well as adding assembly information and special instructions.

6.       As a result of the above items, the need for increased communications between distributed project teams, design analysis and sup- port experts，and manufacturing resources in the company and their supply chain is expanding. There have been many technological developments in communications between the various stake-holders in the design process, which will be discussed later in this chapter. 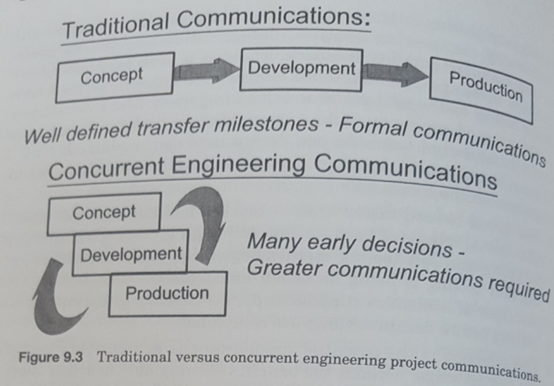