That’s why we have pulled together 18 of the top PCB layout software tools for electronics engineers – to save you time while you are designing your projects. We also realize that one software tool may be appropriate for one PCB project while another will work better for other types of projects. As a result, we have included simple tools, free tools, and proprietary tools on our list.

Is an excellent PCB layout design software tool to create professional PCB. It is a flexible easy to use CAD program, which allow you to realize your projects in a short time. With ZenitPCB Layout is possible to create the project starting both from the schematic capture or by the layout itself. 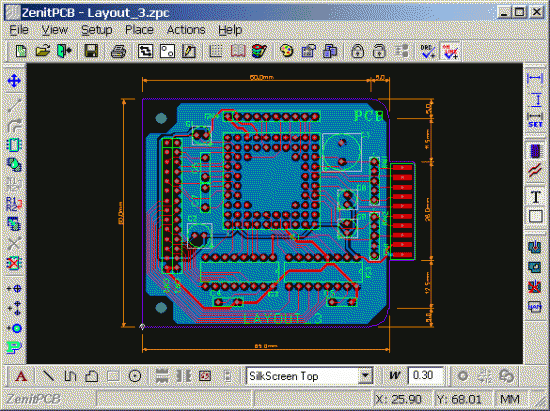 Is a program to help you draw circuit diagrams. It comes complete with symbol libraries to get you started straight away. As well as being able to simply print your designs, you can use TinyCAD to publish your drawings by copying and pasting into a Word document or saving as a PNG bitmap for the web. 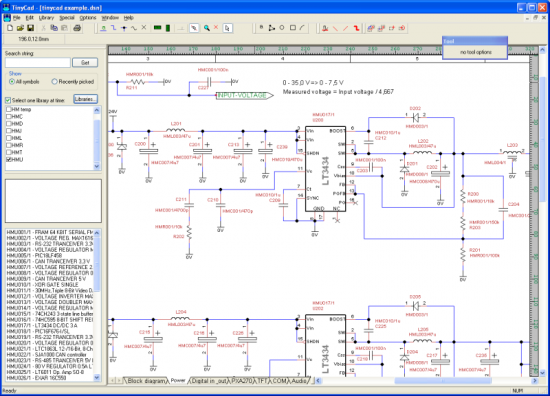 Is a flexible tool for designing printed circuit boards. It runs on Macintosh. Its many features include: virtually unlimited board sizes, number of board layers, number of parts, support for both through-hole and surface mount parts and more. 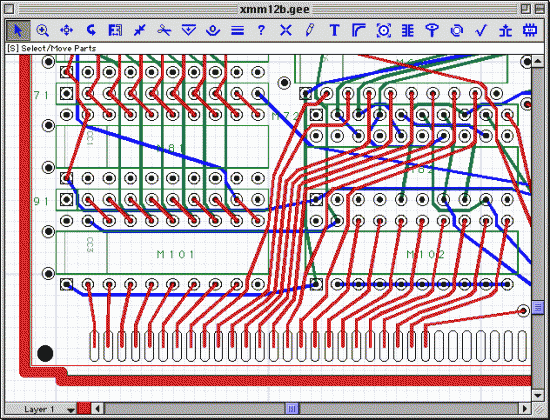 Is a schematic capture program for Windows. The name “BSch” is an abbreviation of “Basic Schematic”. It has only basic functions, in order to simplify operation. 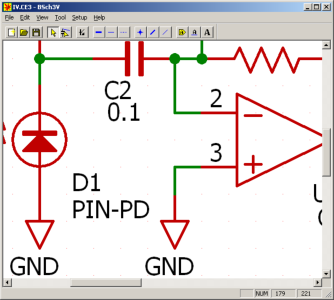 Is a snap to learn and use. Laying out PCBs is easy, even for the first time user. 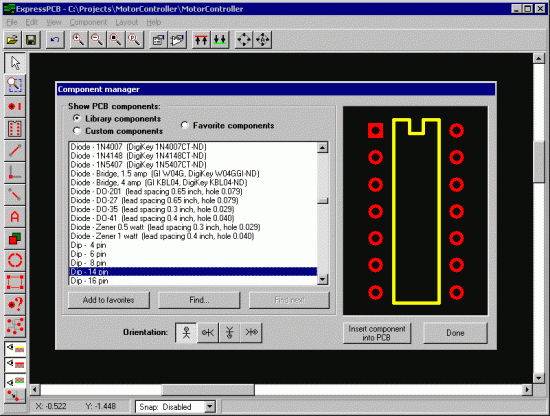 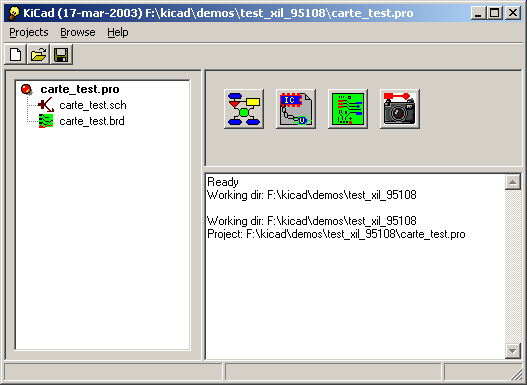 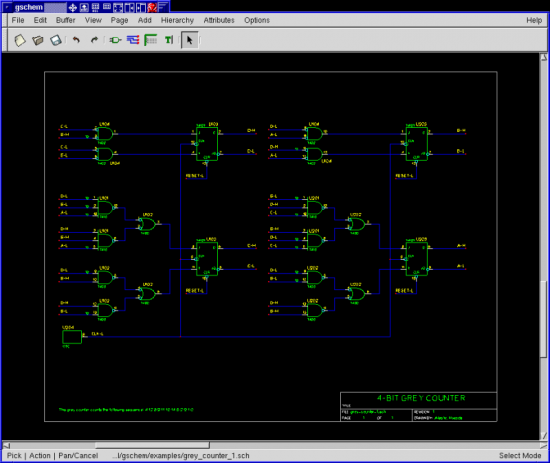 Fritzing software is an interesting open-source initiative to support designers, artists, researchers and hobbyists to work creatively with interactive electronics and develop electronic projects. Fritzing helps you learn more about electronic circuits, to document your projects and even let’s you prepare them for production. 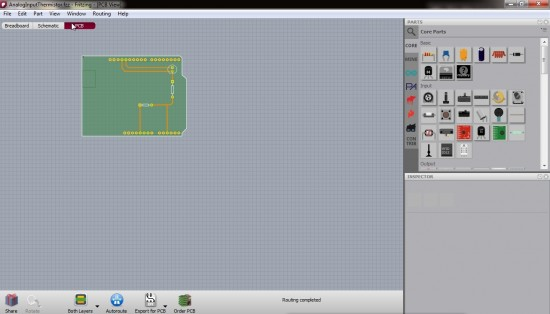 DesignSpark PCB is the world’s most accessible electronics design software. Easy to easy to learn and easy to use, it is designed to significantly reduce your concept-to-production time. At the core of this unique approach is a powerful software engine that enables you to capture Schematics, design PCB boards and layouts. 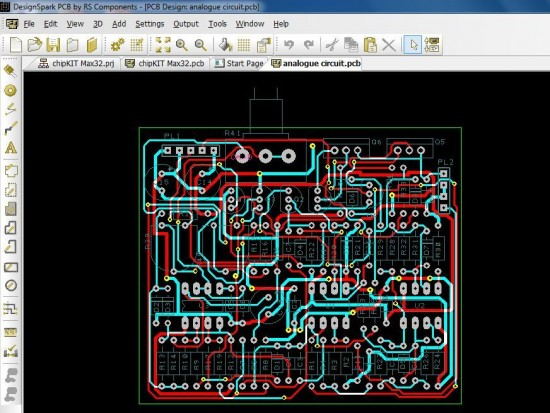 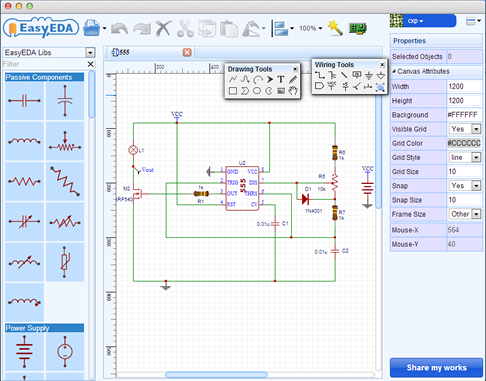 If you’re looking for a simple program to design schematics, you can do no wrong by going with TinyCAD. It doesn’t come with the features of a paid-for program, but there is genius behind its simplicity—it’s a very responsive program that is also extremely intuitive. The library isn’t that large, but creating new components is pretty straightforward. Also, if you’re looking to print / share your designs, you can publish them by copying and pasting them into a Microsoft Word document, and then saving it as a Word File, .PNG, or .PDF. 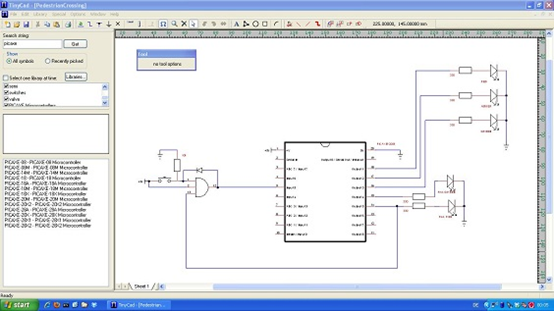 PORTEL company introduced the circuit design software (CAD) PROTEL in the circuit industry in the the late 80s, 20th century, which is deservedly ranked highly among many EDA software and is circuit designers’ preferred software.

Many universities’ circuit specialties have the specific courses to learn how to use PROTEL, and almost all of the circuit companies have used it for their work.

It is good for one or two layers’ board, however, it becomes a little bit hard to use when it comes to more than 4 layers, not to mention the PCB design in signal transmission of high frequency and high-speed digitization.

You can describe it the king of CAD in the low side. As far as I am concerned, it is the best EDA among the similar EDA for its easy-to-use, easy-to-learn. The quality of the design would not be worse than wg, allegro. It is the most widely used EDA in the market and it is also very suitable for small companies. 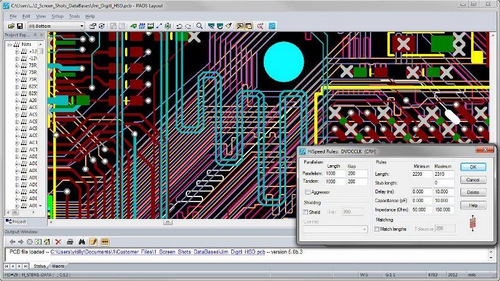 ORCAD is the EDA software developed by ORCAD in the late 1980s. It is as old as protel,but it is worse even than Protel. However, ORCAD’s principle enjoy great fame in the industry since its friendly user face, simply operation fuction, and strong function of simulation. Comparing to DX designer, I vote for Orcad. But DX designer has better management function,better integrated environment.

It belongs to WG mentor. They introduced WG 2005 based on Windows. Lay out comes first to identify whether it is a great software when there are obvious advantages and disadvantages in the medium and high market. I have to say WG2005 is amazing in layout, it can be said as the king of layout since it has strong function in layout automatically and the rule for layout is very professional. ExpeditionPCB is the core of WG, and Wg 2005 contains DX，DC，DV，LIB，EXP.

There is no need for Allegro. It is the standard of industrial design. 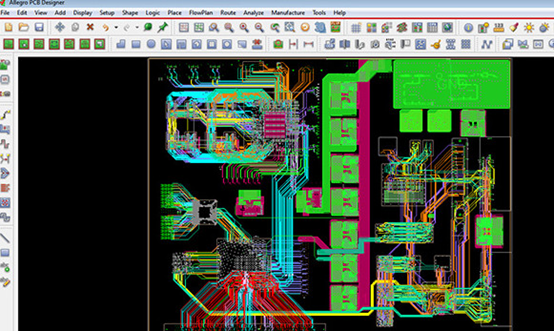 It has friendly user face and strong schematic diagram function. It is not free but its price is acceptable. It has super function like online positive and negative annotation function, batch command execution script file, copper cladding, and interactive follower. 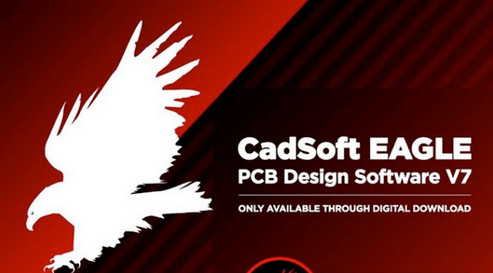