How To Remove The Chip From The PCB Board?

How To Remove The Chip From The PCB Board?

General maintenance of the circuit, often demand from PCB Board Assembly of integrated circuits, due to IC pin and dense, difficult to assemble, and sometimes also the IC and PCB boards. IC Assembly of several effective approaches are summarized here for your reference. 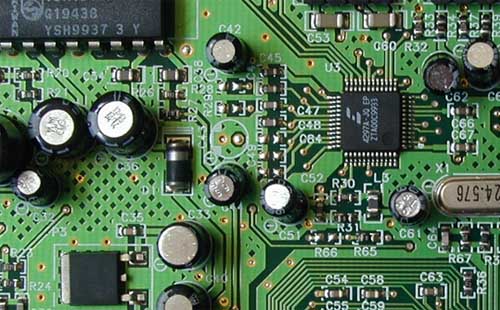 Solder melt growth method of Assembly: the approach is an easy way, you only need to be assembled block grew a little solder on the pins, so that each column pin solder connected, so in order to facilitate heat transfer, easy Assembly. Assembly soldering iron heating a column of pins with pointed tweezers or a small "a" screw driver to pry a skid, two heated pin rotation, until removed so far. Under normal conditions, each pin is heated twice to be removed.

Iron brush combined with Assembly method: the way easy and easy to do, just with a soldering iron and a little brush can. Assembly manifold blocks, heat the soldering iron, until the darongxi temperature the solder on the pins after ablation, which swept away the molten solder with a hair brush. This would enable the chip parting at the pins and PCB. The approach can be implemented-foot also can be broken down. Eventually use pointed tweezers or a small "one" Word screwdriver pry the manifold block.

Hollow medical needle Assembly method: take several 8-12th, hollow needles for medical use. Use needles just in integrated circuit pins. PIN solder with a soldering iron to melt when it is assembled, needles stuck pins in a timely manner, and then take a hot iron and rotating the needles, solder, such as condensed and pull out the needle. So that the pins and printed circuit boards separated as a whole. After all the pins to do so again, manifold block can be removed freely.