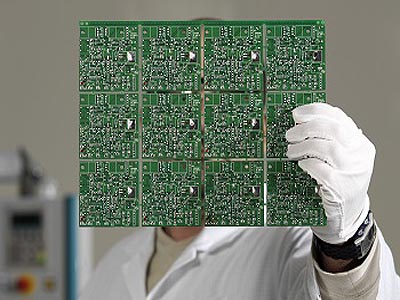 Study China HDI downstream industry to from following two aspects consider: a is downstream products should is HDI mass application of object, like 2008 global phone, and notebook computer and digital camera consumption of HDI number respectively accounted for HDI total of 62%, and 17% and 13%; II is China in these products manufacturing aspects in led status, like China phone, and digital camera, and notebook computer of production respectively accounted for global of 50%, and 50% and 90%.

In 2008, China's HDI market reached 2.66 billion dollars, an increase of 17.70%,HDI is about 15% per cent of gross domestic PCB. HDI market size, China is expected to continue to grow, because the current global mobile phone, digital camera and laptop's average penetration rate compared to the level of developed countries, still at a low level. In mobile, for example, the average penetration rate of mobile phones in the world at present is only 58%, and many developed countries in Europe has more than 100%. China has become the electronic products such as mobile phones, digital cameras and laptop "workshop of the world", these products will drive continued growth of HDI maintained rapid growth.