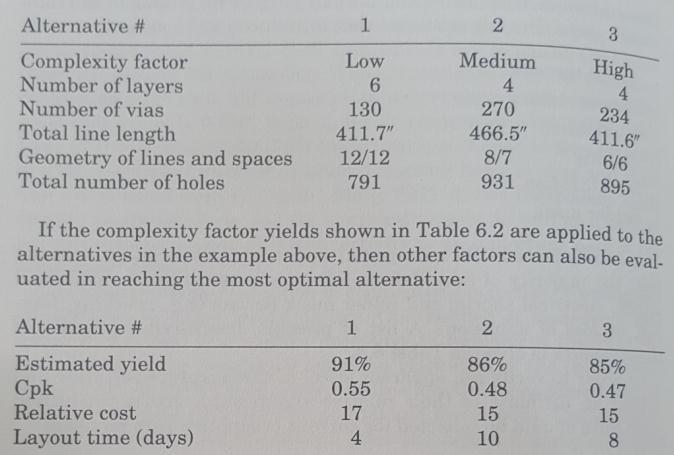 If the complexity factor yields shown in Table 6.2 are applied to the alternatives in the example above, then other factors can also be evaluated in reaching the most optimal alternative:

In this case, the savings of the material realized by reducing the layer count from 6 to 4 outweighs the slightly lower quality due to narrow line widths. Obviously, the best decision is the one that balances the effect on the speedup of the layout time based on the choice of complexity and hence faster new product introduction, versus lower complexity process selection and hence lower cost of the PCB fabrication. In this example, the highest quality and relative cost alternative 1 (at Cpk= 0.55 and 17 relative cost) provided the fastest layout time, and hence greater profit from faster new product introduction.