As we have seen in earlier chapters we can implement many complex combinational functions by connecting together the basic gates NAND and NOR- However, the result is not an efficient use of transistors. If we introduce some basic rules we can produce a more efficient CMOS transistor implementation consider for example Fig. 9.14(a) which shows a CMOS circuit which implements the function: 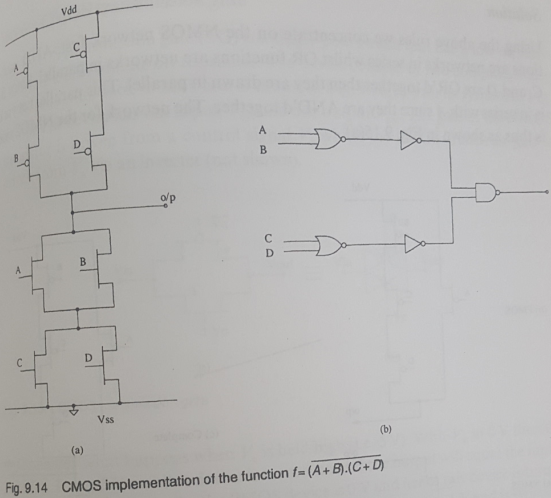 The basic rules are as follows:

2. To produce the PMOS network we just replace series networks with parallel networks and parallel with series.7